Coins in Europe are an integral part of their respective economies and the EU-28 economy. They are both at the core of the production economy as well as being closely linked to the institutional infrastructure of the economy and economic policy.

The Industriewissenschaftliches Institut (Industrial Science Institute)/Vienna presents the first detailed study on impact of coin production on the economy and employment in the European Union.

Coin production is profitable – for the state and for citizens. With direct and indirect effects, the mints are responsible for total production of €13.797 billion. The Jobs of 169,900 people depend on the production of coins either directly or indirectly (see Image 1). 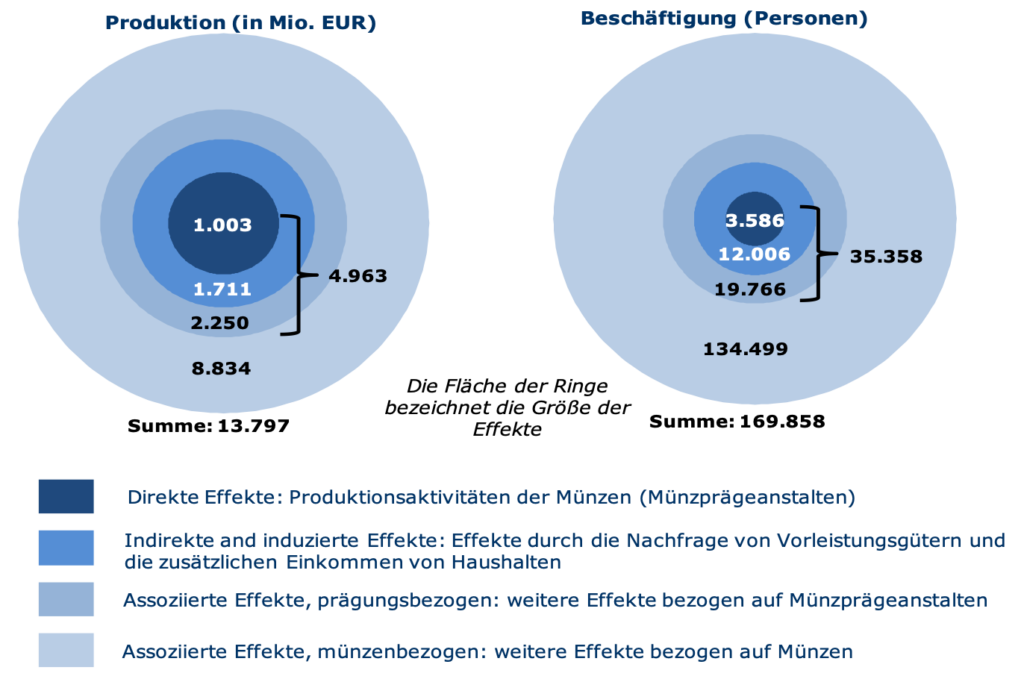 What was investigated:
every company achieves more than what appears in the annual report. Its existence is the basis of many other transactions, therefore giving rise to a range of direct and indirect economic consequences which this study examines for the first time with respect to the mints of the European Union.

Direct effects: The mints of the European Union produce goods worth more than €1 billion with added value of €374 million at 3,586 employees.

Indirect effects: The value of goods produced by the suppliers to the minting industry amounts to €7.711 billion with added value of €668 million at 12,006 employees.

Induced effects: The salaries and profits generated in connection with coin production and reintroduced into consumption create a production of €2.250 billion with added value of €937 million at 19,766 employees.

In total, the value of the produced goods caused by these three basic effects amounts to €4.963 billion with added value of €1.979 billion. 35,358 employees earn their living in connection with the production of coins (see Image 2). 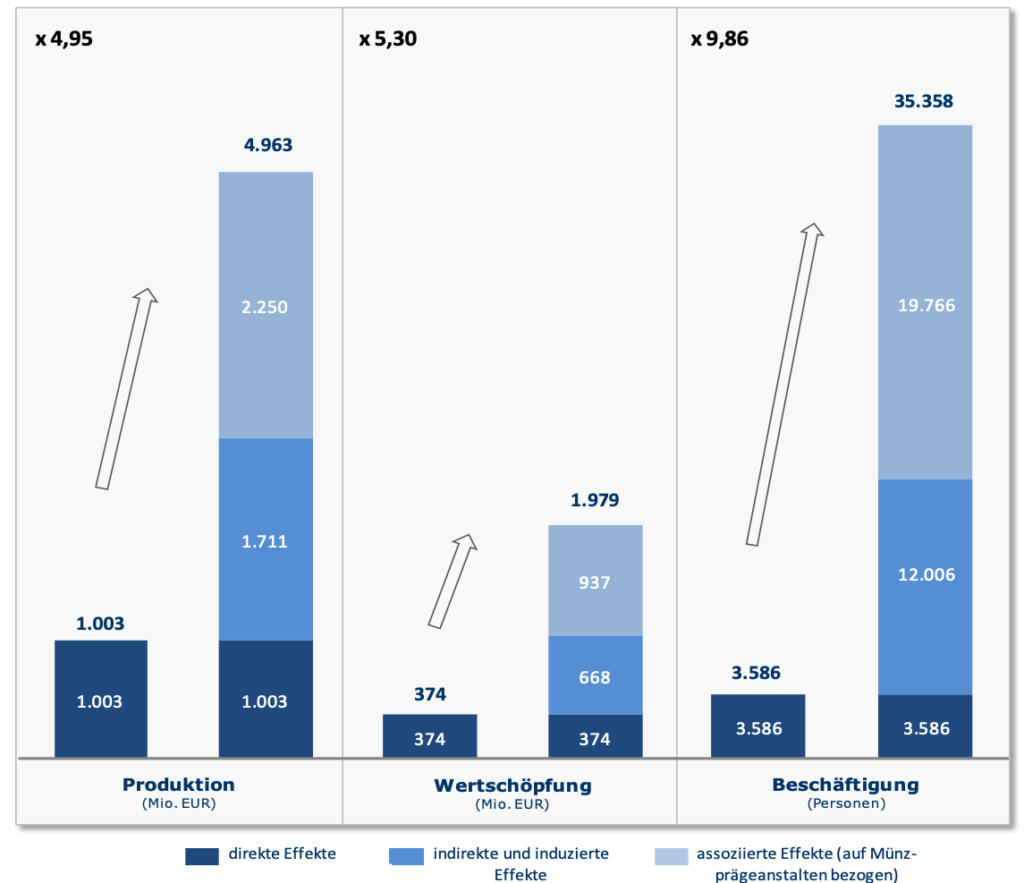 Day-to-day shopping effect: Sales dependent on the availability of coins is currently reported by the Industriewissenschaftliches Institut to be an average 3% of a nations total turnover for the EU as a whole. In numbers, this corresponds to goods produced to the value of €9.107 billion with added value of €4.334 billion at 138,659 employees. This number varies greatly for the nations investigated: while it’s €62.42 million for Belgium, the total for Spain is €1.317 billion.

Budget financing effect: The mint’s contribution to the state budget triggers production of €1.815 billion with added value of €729 million at
13,896 employees.

Crossover and spillover effects in tourism and cultural industries: These effects will create a production of €162 million with a value added of €78 million at 1,711 employees.

This brings the total of associated effects to almost €9 billion. 134,499 people owe their jobs to these effects (see Image 3). 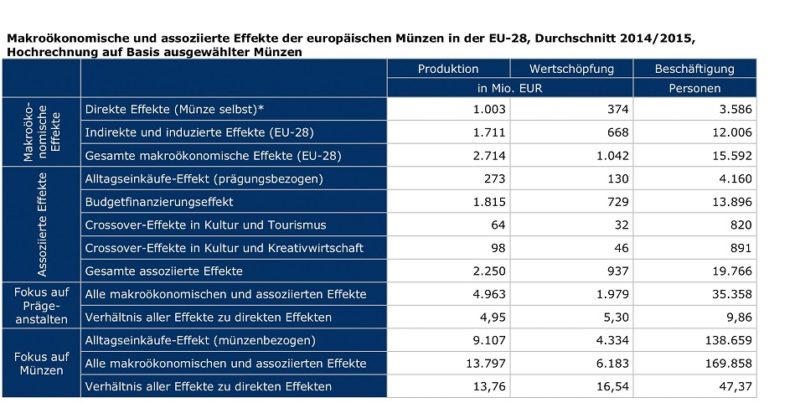 > Here is the cash study for the press release

> Here is the complete study as a PDF